As the 10th largest economy in Africa, potential investors would be curious to discover what the economic overview in Tanzania is like along with the business opportunities.

A country that makes its livelihood from agriculture, Tanzania’s economy has been slowly making the transition toward a market economy. It started doing so in 1985. Since the reforms began the country’s GDP has climbed and since the rebasing of the country’s economy in 2014, GDP grew to US$ 58 billion (2018), a growth of 7% from previous year.

To encourage both domestic and foreign private investment, substantial measures had to be implemented. The Government has been taking measures since 1986 to encourage greater participation within the private sector. Some of these measures include:

Moving forward, the economic overview of Tanzania looks promising. This is because the country has managed to successfully steady upward climb in economic growth in the past decade. The average economic growth hovers around 6-7% annually. It is worth noting that the poverty rate in the nation has also declined, although the high population growth rate means there are still quite several poor citizens who remain poor.

Investors who are interesting in establishing a presence in Tanzania will be in for good news. In addition to the optimistic economic overview in Tanzania, business opportunities in the country look just as promising. Besides agriculture, investors can choose from any of the following sectors:

Ready to Invest in Tanzania?

To build a future that flourishes in a foreign land, there’s no team better to help you achieve that than 3E Accounting. It’s stable political climate is certainly enticing and has been one of the biggest driving forces in investment over the years. With the government committed to improving the investment climate, things are only going to get better moving forward. If you want to get involved in this region, now would be the time to go for it. For more information about setting up a business in Tanzania, contact our team today. 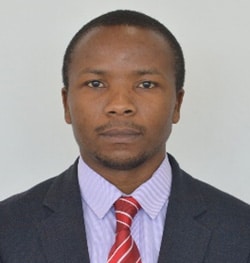 Mgaya is the founder of Osanna Auditors Tanzania. He is registered and licenced with the National Board of Accountants and Auditors of Tanzania (NBAA) as an Associate Certified Public Accountant in Public Practice (ACPA – PP) and with Tanzania Revenue Authority (TRA) as a Tax Consultant.

Prior to establishing Osanna Auditors, Mgaya worked with a 6th largest audit firm in Tanzania, Nexia SJ Tanzania (formerly PKF Tanzania), a member firm of Nexia International, for more than 9 years and with RSM East Africa (a member firm of RSM International) for 3 months.

Go to Top
Scroll Up